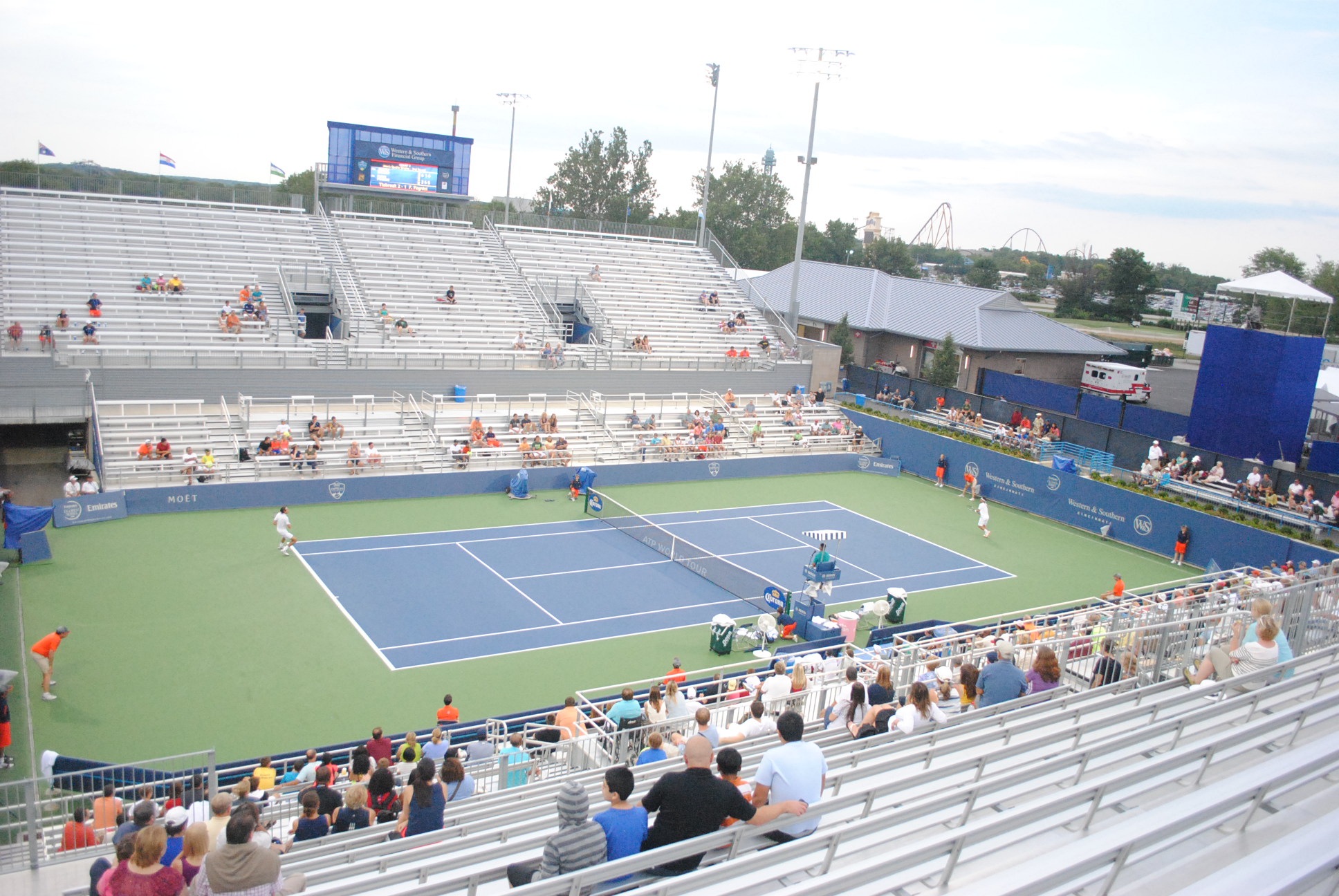 Browning Day of Indianapolis has been the architectural firm of record for the Center since its conception.

The place ended up being home to the tournament now referred to as the Western & Southern Open (or Cincinnati Masters) in 1979 when competition organizers grew weary of perennial Ohio River flooding at its venue of the time, the Coney Island amusement park. One of the tournament sponsors, Taft Broadcasting, owned the Kings Island Amusement Park in Mason, as well as the Golf Center at Kings Island, which was located on land straight throughout Interstate 71 from the park. When the chairman of Taft Broadcasting, Charles Mechem, suggested the competition move to land at the Golf Center, competition organizers, led by Paul M. Flory, agreed.

4 courts of DecoTurf II were initially installed at the brand-new place, and the bleachers used at Coney Island were shipped up I-71 and positioned around one of them to form Center Court. Two years later, those bleachers were gotten rid of and the first stage of construction on that court began. Enhancements to seating and amenities on Center Court have been made almost every year since.

One of the most significant expansions was available in 1987 when the original West Building was added, developing operating space for gamers and media and luxury suites for fans. A growth in 1990 included more suites and increased capability on Center Court to 10,000. Building and construction in 1998 added 2 extra courts, bringing the total number of courts at the Tennis Center to 10.